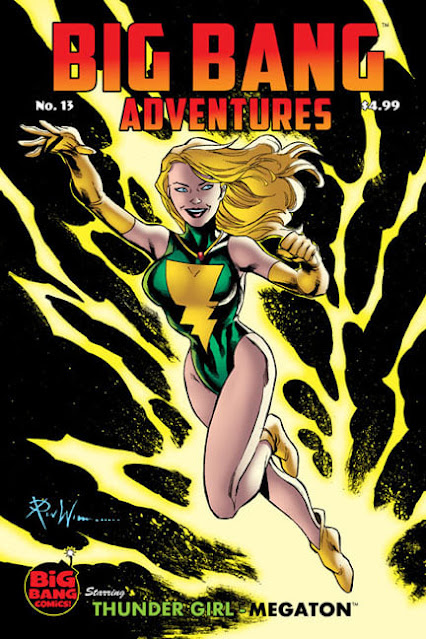 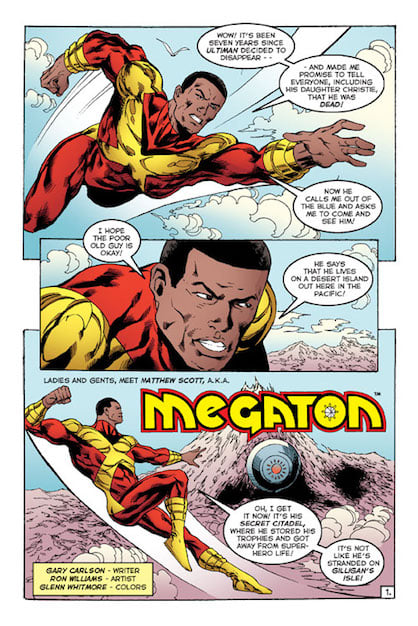 The Ultimate Human Being is concerned about some erratic behavior by his robots on the island and wants Megaton to check on the androids that are still in his sanctum in the Rocky Mountains. 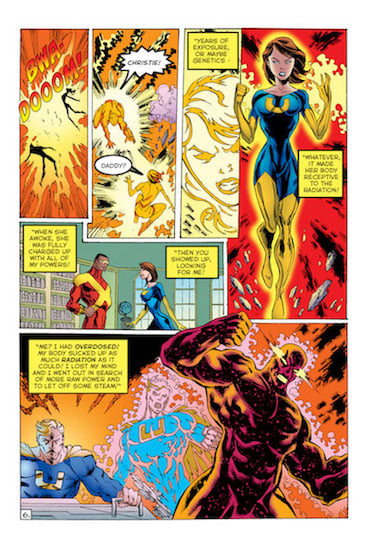 Also, Thunder Girl is amazed to discover a giant squid in a fountain in the town where she lives. It turns out to be the work of an old enemy known as Hydro, who has a body formed completely out of water with a mastery of the H2O. 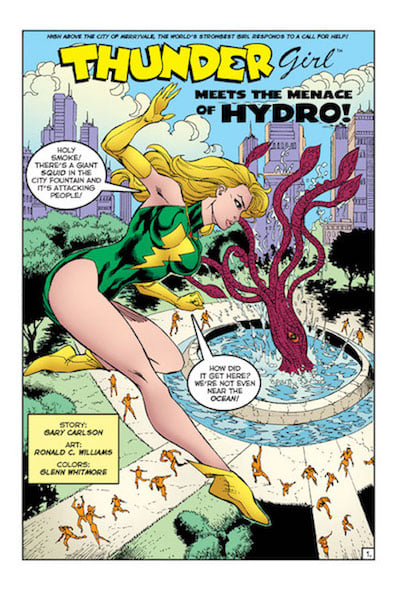 Finally, there is a role-playing game based on a Venus story from the very first issue of Big Bang Comics published back in 1994 by Caliber Press.
https://www.indyplanet.com/big-bang-adventures-13 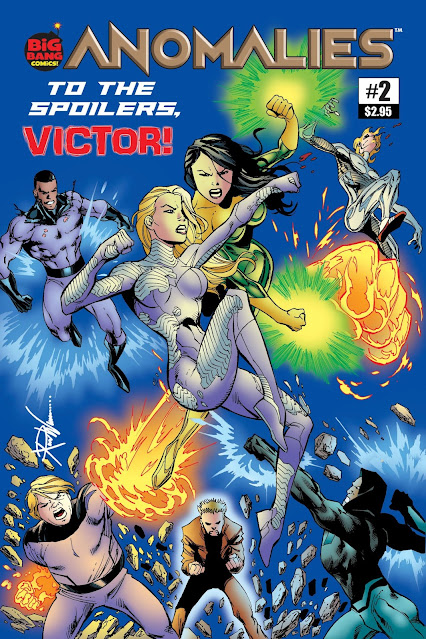 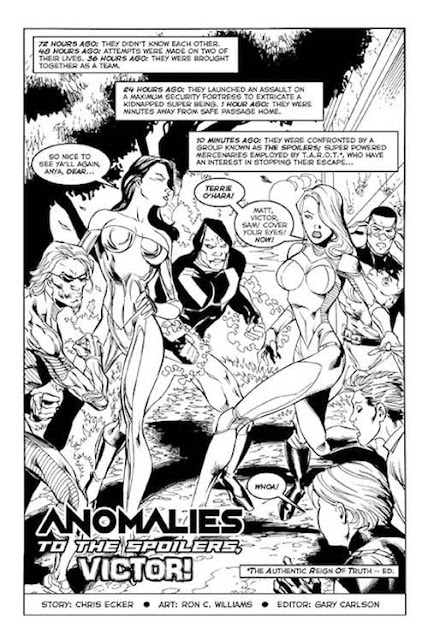 The top-secret government team known as the Anomalies, young humans who were genetically mutated by exposure to the radioactive Element K which gave Ultiman his powers years earlier, were dropped onto an island fortress to rescue Victor Stalina (code name: Richter) who had been kidnapped by the underground organization known as T.A.R.O.T. 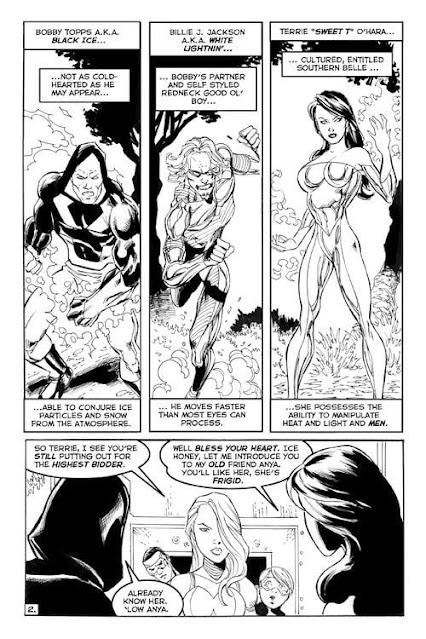 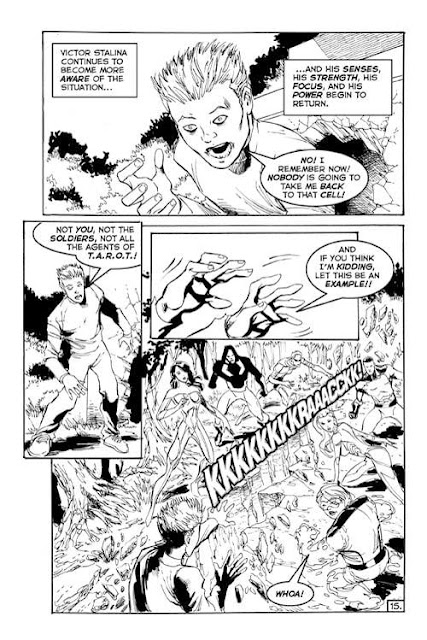