The premise is that, in 1885, Count Dracula comes to Britain, as in Stoker’s novel… but isn’t defeated by Van Helsing. He marries Queen Victoria and takes over the country, installing vampire toadies in high positions. Vampirism spreads throughout all classes. Not everyone is happy.

Anno Dracula, the first novel, is set in 1888, three years after Dracula’s rise to power… and later books follow the story of his influence on a global scale over the next hundred years – The Bloody Red Baron in World War One, Dracula Cha Cha Cha in Rome in 1959 and Johnny Alucard in Eastern Europe and Hollywood in the 1970s and ‘80s. Daikaiju, a forthcoming novel, will be set in Tokyo in 1999. 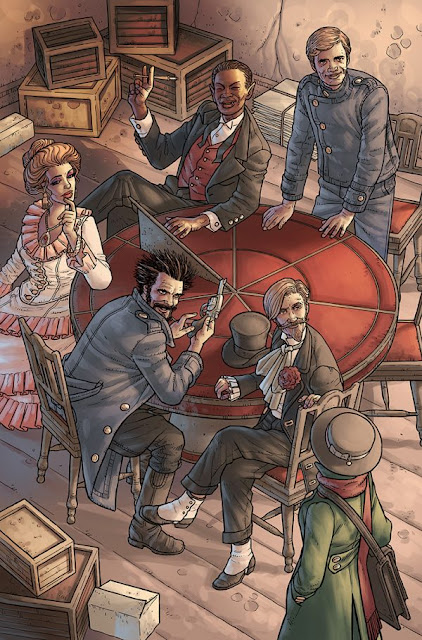 The full title of this five-issue miniseries is Seven Days in Mayhem: Anno Dracula 1895, and it’s set in London during a celebration of ten years of Dracula’s reign – which isn’t something everyone is that keen on celebrating.

It follows characters who’ve been in the novels – particularly Kate Reed, a radical journalist/vampire who is part of an anarchist revolutionary cell, and Penelope Churchward, an ambitious society vampire who is on the jubilee committee – but also brings on some new players, particularly the members of the Council of the Seven Days, who might well carry over into subsequent books… if they get through this story alive (and, in some cases, even if they don’t). 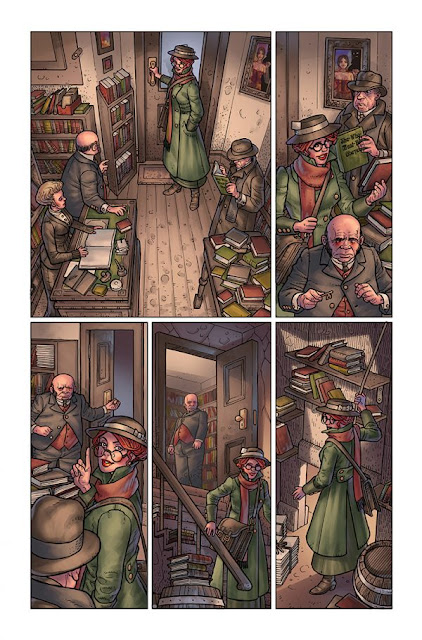 Part of the format of the series is the use of characters borrowed from Stoker and many other literary sources, and so we get to meet some familiar faces – I’m particularly pleased to give the Daughter of the Dragon and Irma Vep, who’ve had some introduction in the AD novels (also my books Professor Moriarty: The Hound of the d’Urbervilles and Angels of Music), a little more space in the comic.

And I’ve enjoyed making over a selection of characters from Joseph Conrad, Henry James and G.K. Chesterton – who all wrote about Victorian terrorists. As usual with the Anno Dracula series, there’s a lot of ground to cover – mystery, horror, romance, satire and twisted history. 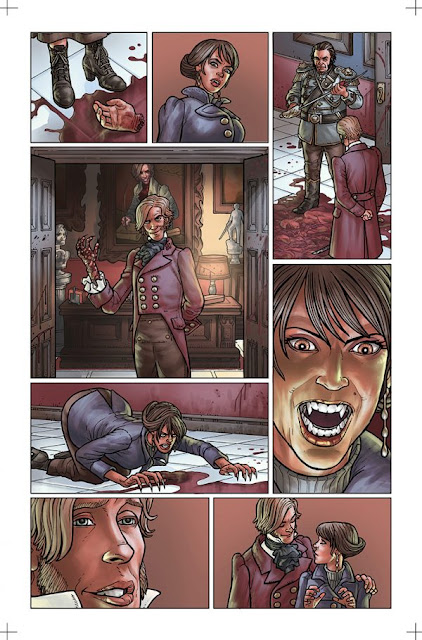