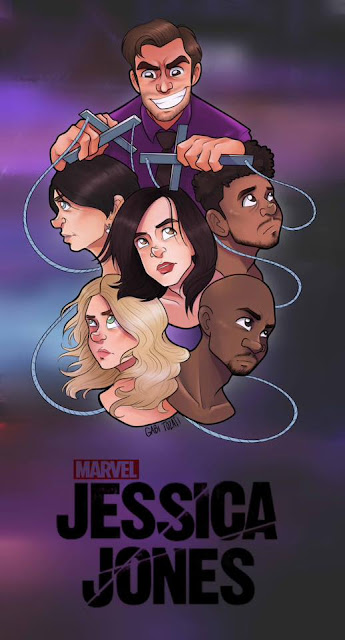 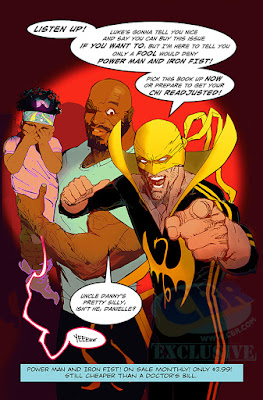 I think what's going to make it unique is also the musicality of it. There's going to be a musical taste that you found a little bit in "Jessica."

It defines itself through sound that you can feel when you're watching the scenes, whether it's something that's actually a song that they're playing or actually just the pulse of the music that they choose thematically. 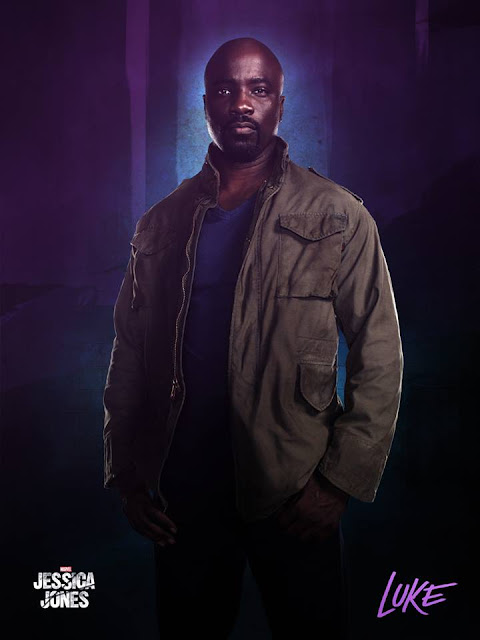 And then when you find him months later in Harlem, you'll see him in a different setting. That's going to be a setting that's surrounded with different characters and different light all unto itself. 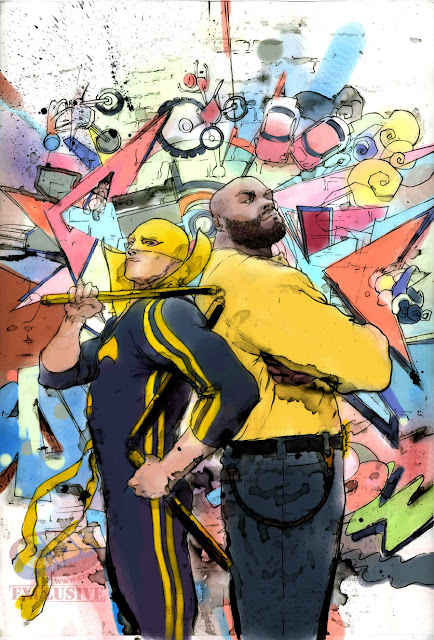 I'll say it this way. The writers have been very clever and very on point with the way they allowed this to be grounded in realism [while] paying homage to the comic book and what comic book fans know to be their world. We're trying to bring it to the screen. I think we're going to satisfy everyone.

We're not going to give them exactly what they want, but I think everyone will be ecstatic about what we're willing to do for them. We know what side our bread is buttered on.

To try and not give the fans what they want would be a mistake;, that being said, it's going to be a unique way of delivering it. But they're going to get what they want eventually. 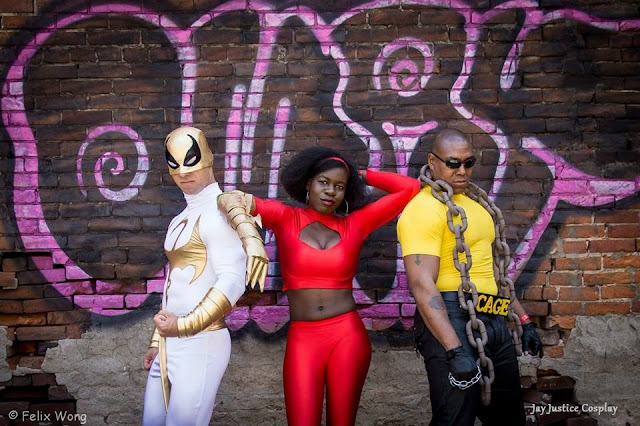 That being said, I really feel like Luke Cage is a timely hero right now. I feel like what we're doing subtly — with the storytelling and how he is as a character — that's going to be different than what you saw in "Jessica." 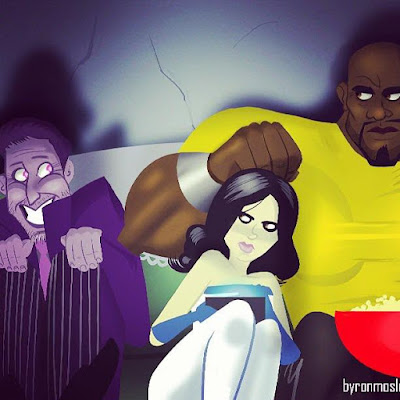 I don't think you can effectively do anything to resolve all of the issues that we have as a society, but we can inspire people to look at themselves and to think about their actions.

We have a long path, and we try to tell a long story with Luke Cage. The things that he's going through will ring true for a lot of people in law enforcement and for those who are not in law enforcement. And people who are on the street will also relate to this character.

But it takes more time, and it takes more than just a couple episodes to go, "Hey, this is right, this is wrong." Because it's never really black or white. It's always a gray area, and so I think Luke Cage, the character himself, lives in a gray area. 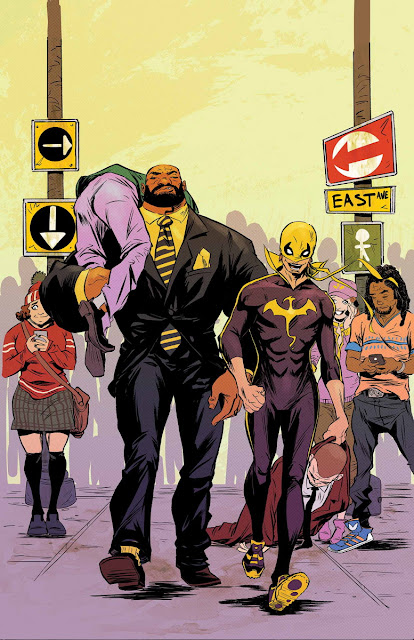 There are always a lot of things where people see a person and they think they know a person based off of their visuals. That's something that, society, we have to get away from. I'm guilty of it, everyone's guilty of it.

We start with stereotypes — we start to judge people based off of their appearance — and those things we think may or may not be true. In exploring this character, we're going to get a chance to see something that's very unique in the sense that everyone goes through this.

How you look is going to tell people who you are, but it may not be true, but you have to live with that and you have to then try to figure out a way to go on with your life. 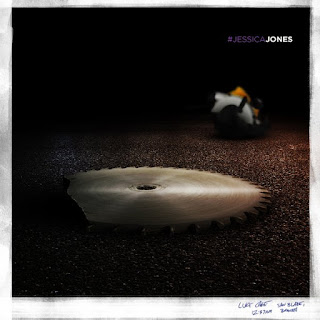 If you're going to start in one place in life, you should end somewhere else. Life is about development and change and we should never be the same all the way throughout, or what's the point in living?

We should be trying to find some way to explore new things and learn every day. Even if we make mistakes, learn from mistakes and move forward, but it should never be about static. One position, we know everything, we're never going to change. That's just boring. 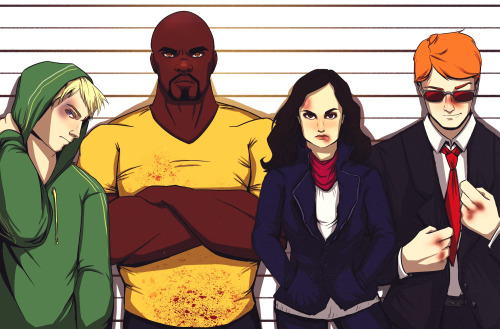 Luke Cage and Jessica are so intertwined, it's nice to have that familiarity with the character prior to going into your own series. That being said, this character does go off in another direction once he leaves that series, so it's almost like a reboot in a sense.

He's the same person, but where we find him, we'll be able to find out so much more about him when we shine the spotlight on him. All the things we find out about him will just make what you saw in "Jessica" more clear.

It's not something you can control. We're polar opposites in a lot of ways. Visually, I'm as dark as she is white. We look at each other, we're like, "What would draw...?" — and that's the beauty of life. 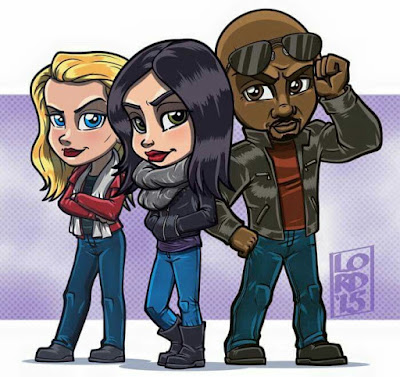 I always find it more fitting that people are attracted to opposites or people that bring something new. It's a refreshing thing to see people walking around who don't look anything alike but they share a common ground.

When Krysten and I met, I don't know whether it was something that the producers could see, but we had a good rapport, and I think that helped a lot. When you're doing a chemistry read, you have a certain amount of dialogue, a certain amount of scenes to play. There's something unspoken, something you can't put your finger on, but it either works or it doesn't, and hopefully the fans feel that it works.

I don't know if it was conscious on the writers' part, but let's put it this way, gratuitous nudity is annoying to me. If it's distracting from the story if it doesn't help to further the story, then it's probably not necessary. 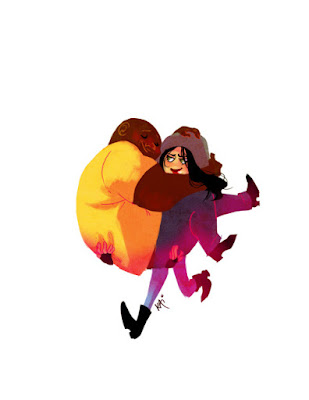 In this situation, a lot of what Krysten and I had in the beginning was the lust and the chemistry, and it builds from there. It goes from a one-night stand, and in the comic book it goes to the point where they have a child together.

Ultimately I didn't think about it much. I felt like maybe for whatever reason I was more game to take off clothes? I don't know. They wrote it, and I did it.

I do think sometimes women are oversexualized and, in this case, with Jessica being the character that we're focusing on, her strong personality, yeah, she might want to lead sometimes and she might want to be the dominant one, but I'm the person that's being more sexualized than she is. It doesn't matter to me. I think it plays to a more interesting scene. 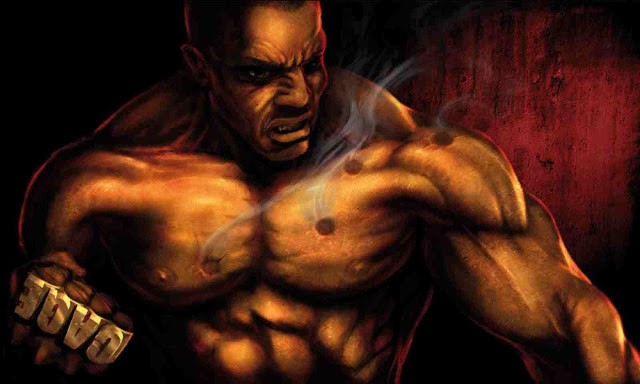 Besides, we're superheroes. She's not an average woman. As you've seen before she can pick up things like a car. We're not dealing with average people; superheroes, they interact a little differently.

Part of it is her strong personality and her capability, and I think Luke just goes with it because ultimately he's more soft-spoken and more self-reflective. He's very sensitive, too. It's not a shock to me that the scenes sometimes play out the way they do. 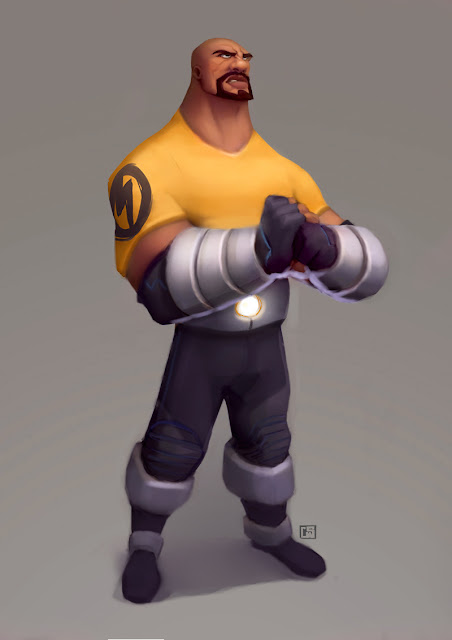 Music is an ever-evolving thing because you have musical rights that you're trying to get and with Netflix they really are very clear about what they want to do with the music. They've got some people who are names in the industry to write original scores for us and that's something that's going to be unique.

Luke has some songs that people know but I think also the whole feel of it will have, I guess this is an overused word, but urban. It will be urban, it will be soulful, and it will be a stark contrast to the music you heard for the first two prior series.

We are in Harlem, so you want to feel like you are around that kind of culture. Harlem has a long, rich culture of music and we want to pay homage to that. We want to make sure that the artists that we use and the artists that we are emulating, the sound that we are using bring you into the feel that you're uptown and not necessarily in midtown. That's kind of one of the things that's going to make it unique 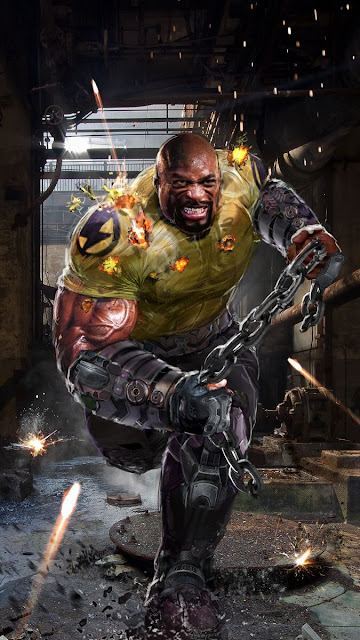 Well, Luke does get around, but I don't think it'll be his primary focus of the series to show Luke and his escapades when it comes to dating. He gets a lot of traction with the women just because he doesn't try that hard, and that's a good quality to have. I

It's something, either you have it or you don't, and Luke has it. We may see some moments where Luke is a little careless, but hey, that's what he does to pass the time. He has a lot on his plate and he does have to burn off some steam every once in awhile.

You might see Luke out and about, but it's all in good fun and anything that happens between two consenting adults, whether it be superheroes or regular people, it's fine.
Publicado por PEDRO ANGOSTO en 22:51