It would be so much fun to do a mythic, kick-ass WONDER WOMAN that drew on epic fantasy the way Superman draws on SF or Batman on crime.

There’d be no technology on Paradise Island, at least not to start. She’d ride a giant freakin’ eagle.And all the screwy butterfly-woman empires and ice empires and stuff they always leave out, that’d be front and center. Feminist fantasy, mythic fantasy, superhero fantasy, power fantasy, all of it at once. 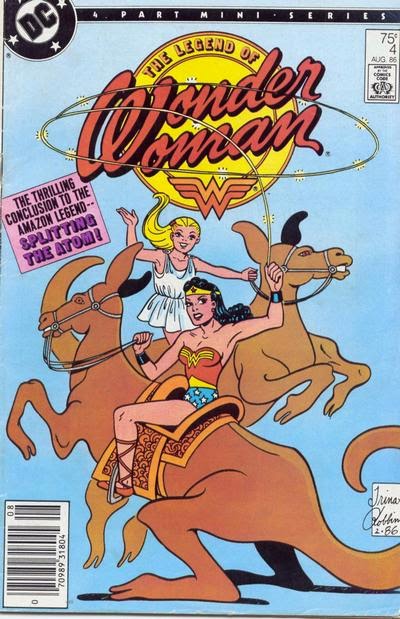 Greco-Roman fantasy, Celtic fantasy, Arabic fantasy, Russian fantasy…it’s all be there, in Wonder Woman’s world.And yes, there’d be a Diana Prince identity. And Holliday College. And mer-men and bird-men. Maybe no kangas, but there’d be rocs & dragons.

“Deeds not words.” It was an early feminist slogan. It would be great if it was Wonder Woman’s, too. And she wouldn’t be sent to the US as an ambassador of peace. She’d be sent to report back to Hippolyta on whether we were too dangerous, to be allowed to endanger the world any further, or if we should be subjugated for the good of all.

“Every woman can be a wonder woman.” That’s the core idea right there. Judging from my feed, what fans are most determined to see in a WONDER WOMAN reboot are kangas and Wonder Girl, even though WG never played a large role in the WONDER WOMAN book historically. But they’re fine with losing the invisible plane. 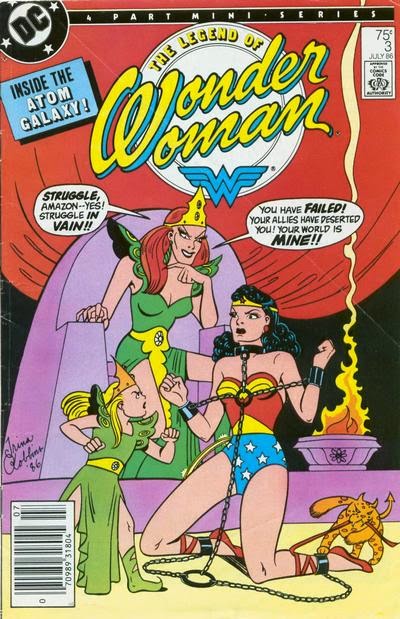 Mouse Man and Paper Man would make it into my WONDER WOMAN is one form or another. As would the Human Firework. One of the advantages in rebooting WONDER WOMAN is that so many of the characters in her storied history are awful. So if you just take an image or idea and build something new and fresh out of it, you won’t get (as much) caterwauling that Things Cannot Ever Change.

If Minister Blizzard’s icy empire was more interesting, who’d object? If Paper Man was creepier, no one would mind. If someone figured out a way for the Blue Snowman to be cooler (while still being some sort of trans identity), that’d be great. I just looked up the Crimson Centipede. What a lox. But could Wonder Woman use a character vaguely like Alice’s Caterpillar? Sure!

And nobody gives a chocolate-chip shit about the Crimson Centipede. So it’s not like revamping, say, Capt. Boomerang. I think Wonder Woman’s storied history is chock full of interesting names, characters, ideas, places and more that could be polished up or revamped and made new and fascinating. Even the terrible ones. So no worries, I don’t need to list them all.