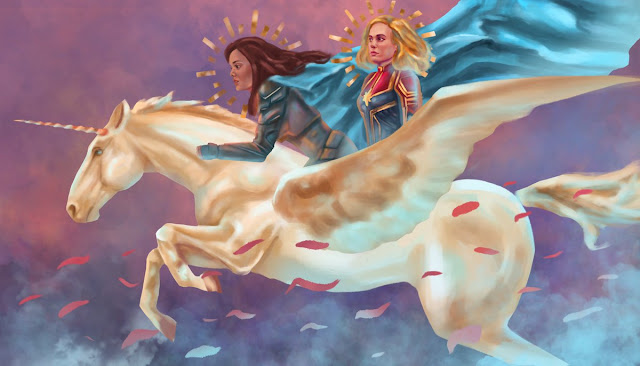 “That’s wild! It didn’t even occur to me, legitimately, that it was necessarily a romantic thing. I don’t even know what happens in the canon in terms of those characters or if they ever intersect, but I just love the idea of more women Marvel characters getting to intersect. I just think it’s so cool and it’s time and why not? There’s so many compelling female characters inside of the MCU. 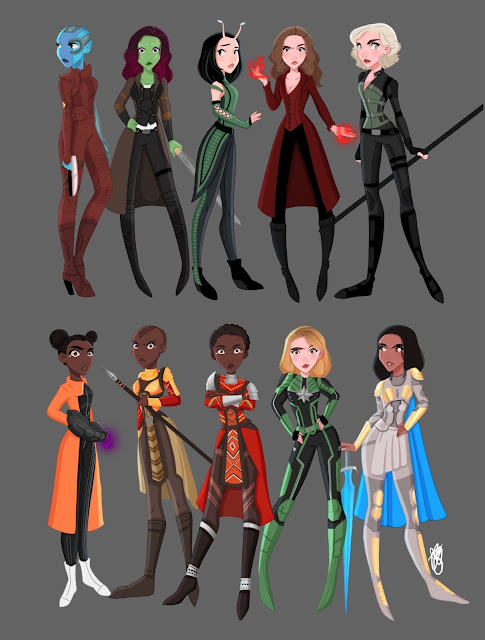 And just selfishly, when I get to see those women in passing, they’re all such cool women. So the idea of getting to spend time with them and hang out is so fun. I’m just excited that this new phase promises to have women and queer folks.” 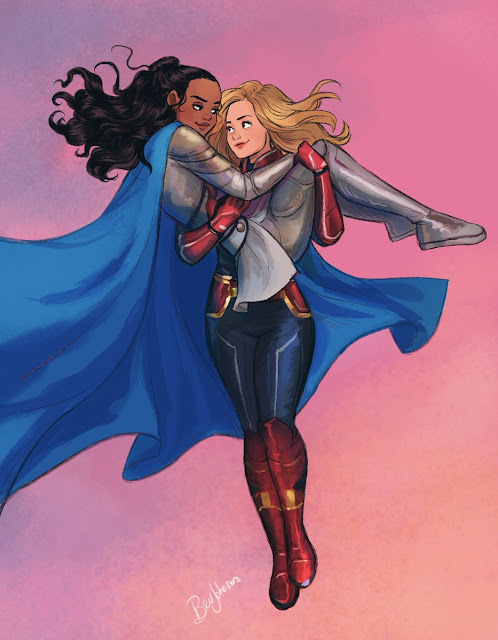 “I kind of ship them, but I would like to have a drink with them.

I also have seen some other people shipping Thor and Captain Marvel which, when they see each other, that’s kind of steamy. [But] I don’t think I ship any two characters. I’m just for everybody.”
Publicado por PEDRO ANGOSTO en 21:50