"Well, let me clear something up immediately: I did not create Apocalypse. I see lots of stuff on the web that suggests that, but it only suggests it because people have read other stuff on the web. They haven't gone back and looked at the comics. If you go back and look, you will discover that Louise [Simonson] created Apocalypse in conjunction with Jackson Guice." 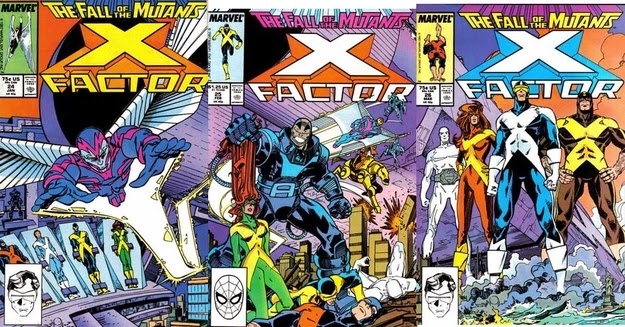 "Now, I will say that Jackson only drew him in like three panels, where he appears at the end of the comic and then takes an elevator down and disappears from sight. But Jackson drew him first. I was the first guy to put him in stories and Louise was the writer. I gave him a steroid injection to beef him up and bring him up to super-villain proportions, if you will. But I did not design the character. People think I did, because back when Marvel was dividing up creator credits on characters, Jackson himself thought I created Apocalypse! He had forgotten that he drew him in a few panels. So I'm not surprised people think I created Apocalypse, and I certainly was the first guy to draw him in stories. But he really wasn't my creation." 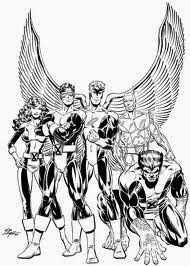 "I'm certainly curious to see him turn up in the film, but it wasn't really my design. It was Jackson's. It was a great design, I loved it. I loved Apocalypse as a character, I loved what Louise did with him. I hope they're able to keep some of that sensibility in the movie. But movies are their own thing. We'll see how it turns out." 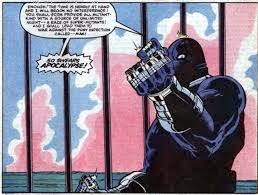 "I don't think we knew until the announcement came out that they were doing it. I think it's pretty cool. At this point, both Louise and me have created characters that have been turned into movies. In my case, minor characters like Malekith and Kurse from "Thor: The Dark World." Louise's had some stuff in movies, too."

"For every movie, my real interest in it is simply that I would like the filmmakers to get it right. By right, I don't mean it has to be exactly like the comic. No, nothing can be exactly like the comic. I don't go to the movies to see the book done exactly up on the screen, I go to see a good movie. Sometimes that means differences from the book. I don't care about that stuff. I just want the movie to be good. That's true with "X-Men: Apocalypse," too. It'd be nice if it was a good movie. That'd be pretty cool."
Publicado por PEDRO ANGOSTO en 11:09